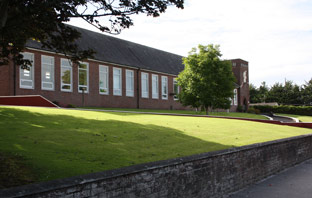 On April 8th 1953, St. Joseph’s National School was opened. It was built to replace the old National School (now the Matt Talbot Hall, Rocks Road). The total cost was £19,000. Most Rev. John Kyne, Bishop of Meath, presided at the opening celebrations. In 1954 the old school was redesigned to serve as community centre and at a special ceremony to mark its opening, Dr.Kyne dedicated it to Matt Talbot.

In August 1973, work commenced on the installation of the central heating in the school. The contractor was P.J. Reilly, Carrickmacross. On 15 June 1979, the tender submitted by Martin Halligan and Michael Finnegan of Carrickmacross, was accepted for the painting of the school. The total cost was £3,253 and the work, which commenced on the 9th of July, lasted three weeks.

On 18 January 1980, permission was sought to erect a new extension to the school and on 23 January, the Department agreed to pay two-thirds of the cost. By mid-February 1981, proposals were made by Fr. Tehan P.P., to raise funds for this project. A total of £70,000 was required and the collection commenced on March 1st. On December 30th 1981, Rev. Richard Tehan signed the contract for the new extension. The contractors were Sean Doherty, Ballyjamesduff, the Architect Eugene Caffrey, Dublin and the clerk of works was Michael Murphy. Work commenced at the end of January 1982. Ten new classrooms were provided in the new building and the six old classrooms in the existing school were converted to four. On 19 September 1983, the school reopened. The total cost was about £700,000 and Most Rev. Michael Smith, Bishop of Meath, performed the dedication ceremony on 25th June 1984.

A sculpture by Gary Trimble, architect ,sculptor and painter, depicting an image of St. Joseph and Child Jesus feeding chickens, was erected over the main entrance. 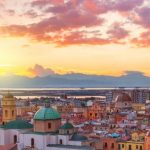 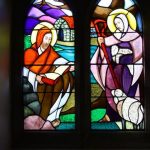 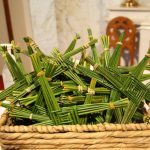