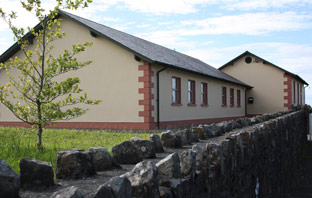 A Brief History:
There has been a school in Carrickleck for at least 175 years. In the early years, it is likely that the school was controlled by the Irish Society. When the motives of this Society were questioned, the school was closed. Another school was established in Carrickleck on May 19 1856. It was a thatched house built of stone, originally built by a farmer and subsequently sold as a schoolhouse. It was located along the north wall of the present school. Records show that Fr. Flood built a new school in 1896, however, the plaque on the school wall says it was built in 1893! Mr. Riordan, a lawyer, living in Dublin, was the landlord of the area at that time, and he gave the site for the school free of charge. Frank Smith, who was the tenant of the land, got £5 for the site. The contractor for the school was Anthony O’Reilly who lived in Kingscourt where Frazer’s shop is now. He supplied timber and slates. Dan McConnon from Bailieboro and his two sons, Dan and James, were the stonemasons. The carpenter was Mick Ward from Kingscourt. The stones for the walls of the school were quarried at the back of the school, by members of Smith family. The lime for the walls came from  Barley Hill limekiln, and the sand, from Carricleck Rock.

The first teacher in the new school was Mr. Patterson from Enniskeen. Little is known of the early years of the school, however, the pupil registers dating back to 1895, list all the children who attended since then. Down through years the school has served the community as well, through periods of emigration, two World Wars and a Civil War. From the days before the Famine to modern times, the school has always been small, with enrolment figures rising and falling with population trends. Past pupils of the school are frequent and visitors during the summer months, when they come on holidays. Mrs. Rose McKiernan, former principal, taught in the school for twenty-five years, from 1958 until her retirement in 1983. Rosena Jordan and Michael Kieran were appointed as new teachers during that year (1983). Mrs. Jackie Ward was appointed Principal in 2016.

In 1976, it was decided that some improvements to the school were necessary and a fund-raising committee was formed. The committee worked tirelessly for many   years and were very successful. A new toilet block was built and a water supply, from the local pump, was taken to it. The area around the school was concreted and part of an adjoining filed was purchased at a cost of £1,100. The ceilings in the school were lowered and the small classroom extended to provide extra space. Finally, the whole school was painted. Much of the work was completed by 1977. Further refurbishment was carried out in the school in the early 1990s. Carricleck is situated three miles south of Kingscourt and four miles north of Nobber.

It was believed that a Mass Rock was sited during the Penal Times and a poem, written in Irish called “Sagart Meise Carraig na Leice” (Priest of the Altar slab of Carrickleck), refers to a stone statue of a priest, standing before an altar, he is describing events in the history of the world, as seen from the Rock. 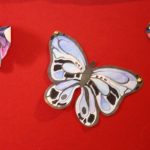 To mark the recent feast day of Saint Oliver Plunkett, a native of our diocese, we are delighted to … END_OF_DOCUMENT_TOKEN_TO_BE_REPLACED