The Autumn 2019 General Meeting of the Irish Catholic Bishops’ Conference concluded this evening in the Columba Centre, Saint Patrick’s College, Maynooth.  Please see below issues discussed by the bishops during their meeting:

Last Sunday the universal Catholic Church celebrated World Day of Migrants and Refugees.  To mark the day the Holy Father Pope Francis unveiled in Saint Peter’s Square a sculpture entitled ‘Angels Unawares’, which depicts a group of migrants and refugees from different cultural and racial backgrounds, and from diverse historic periods in time.  The sculpture reminds us that throughout history vulnerable people have had to flee their homes and seek hope on farther shores.  In Ireland – in our own families – we know of this only too well.

In this context bishops expressed their deep concern that some within our society have overtly expressed intolerance towards welcoming migrants and refugees, and especially so on social media.  In an increasingly individualised and polarised society, the needs of the other are too often seen as threats to our own levels of comfort and abundance.

Bishops prayed that, in our actions as a society, we would reaffirm God’s grace in everyone – especially those of a different race, religion or nationality – and so welcome, serve and love the stranger as our neighbour.  The Bishops’ Council for Justice & Peace will host a meeting of diocesan representatives in order to explore how local communities can themselves support the integration of migrants and refugees.  This work will be guided by Pope Francis’ recent message for World Day of Migrants and Refugees wherein he said that the “challenges posed by contemporary migration can be summed up in four verbs: welcome, protect, promote and integrate.”

‘Day for Life’ is celebrated each year across the Catholic Church in Ireland, Scotland, England & Wales.  It is a day dedicated to raising awareness of the value of human life at every stage and in every condition.  This Sunday, 6 October, we mark ‘Day for Life’ in parishes throughout Ireland.  This year’s message addresses the Church’s response to the scourge of domestic abuse.  One in four women and about one in six men suffer from domestic abuse in their lifetime.  Such violence is an offence against the dignity of the human person.  A report published last week by Women’s Aid, Unheard and Uncounted: Women, Domestic Abuse and the Irish Criminal Justice System, contains findings of a year-long media watch of domestic violence cases between May 2018 and April 2019.  It found that the court process was prolonged and stressful and noted a lack of support for victims throughout criminal trials.

Pope Francis highlighted domestic abuse in his 2016 Papal Encyclical, Amoris Laetitia (The Joy of Love, On Love in the Family):

“Unacceptable customs still need to be eliminated. I think particularly of the shameful ill-treatment to which women are sometimes subjected, domestic violence and various forms of enslavement which, rather than a show of masculine power, are craven acts of cowardice.  The verbal, physical and sexual violence that women endure in some marriages contradicts the very nature of the conjugal union” [n. 54].

These words are a call to action in our parishes, schools and Catholic communities so as to reflect, learn and act together to help those suffering from domestic abuse.  Knowing what to look for, and spotting the signs, can make a real difference to people’s lives.  To find out more about what can be done please see www.dayforlife.org or www.catholicbishops.ie.

On the first day of their Autumn General Meeting, 1 October and the Feast of Saint Thérèse of Lisieux, the bishops concelebrated Mass in Saint Mary’s Oratory in Saint Patrick’s College, Maynooth.  Archbishop Eamon Martin, President of the Bishops’ Conference, delivered the homily and officially opened the Extraordinary Month of Mission.  This follows Pope Francis’ call for October 2019 to be a special month of prayer and action, with the theme ‘Baptised and Sent’, so as to strengthen and grow God’s mission and the Church.  In this context the Holy Father, this year, invites the faithful to reflect on four key themes:

Archbishop Eamon Martin, at the end of the Mass to mark the launch of Extraordinary Month of Mission, commended to the dioceses, congregations and especially to the young people of Ireland, the ‘Laudato Tree Project’ which in Ireland is sponsored by the Society of African Missions, through partnership with the Tree Council of Ireland.  Taking its inspiration from Pope Saint John Paul II’s appeal for the African nations of the sub-Saharan Sahel region in 1980, and Pope Francis’ 2015 encyclical on care for our common home Laudato Si’, the project encourages a concrete action involving the planting of trees and increasing biodiversity both in Ireland and also along Africa’s Great Green Wall, together with awareness raising and education about Faith and the environment.

The ‘Laudato Tree Project’ invites us to educate ourselves from a faith perspective about the impact of climate change on some of the poorest people of the world, and to raise donations for the planting of a number of trees in Ireland and at the same time planting five times that number along the Great Green Wall – an incredible global initiative to plant a wall of trees 8,000 kilometres long and 15 kilometres wide, spanning 13 African countries. In commending support for this initiative, Archbishop Martin said, “I think this project could especially catch the imagination of the young people of Ireland, in their youth groups, schools, colleges and workplaces; I hope also to embrace it in a cross-community way with my colleague, Church of Ireland Archbishop Richard Clarke, and with some of our young people.  ‘The Laudato Tree Project’ opens up an opportunity for us to address the climate crisis from a faith perspective, rooted in our love of God the Creator, in the dignity of the human person, in integral human development, while also calling us personally to responsible simplicity of life and ecological conversion; it kindles a missionary charity in solidarity towards those most vulnerable people of the world who are disproportionately affected, and it symbolises new life, new growth, hope for the future and love of God by caring for God’s creation.” Donations can be offered on www.laudatotree.ie.

World Mission Sunday will be celebrated on 20 October and in Ireland is coordinated by World Missions Ireland, the Irish Church’s official charity for overseas missions which supports the 40% of the Universal Church that is too new, young or poor to support itself.  WMI is part of a network of 120 offices under the coordination of the Pontifical Mission Societies in Rome.  Please see www.wmi.ie for parish resources and events associated with Extraordinary Mission Month.

A year on from the publication of the Bishops’ Conference’s pastoral letter on housing and homelessness A Room at the Inn? the number of homeless continues to rise.  This time last year, as the figure headed towards 10,000 across the Republic, bishops stated that it had gone beyond a crisis.  The figure has since risen to 10,338 homeless people, representing 6,490 adults, 3,848 children and 1,726 families.  In Northern Ireland many households face the same reality.

Bishops called on Government and local authorities to prioritise their resources to significantly reduce the homeless crisis in Budget 2020 on Tuesday next, 8 October.  As previously urged, Government should copper-fasten its commitment by recognising the right to housing in the Constitution of Ireland, as well as by significantly increasing the social housing provision, the supply of housing for purchase and by addressing problems in the private rental sector.

Bishops encourage concerned Christians and people of good will to:

Bishops discussed the sanctity and protection of all human life, specifically the threat to the culture of life which exists for unborn children in both jurisdictions on the island.  Bishops decided to publish a statement on this important issue over the coming days.

Mr John Morgan, chairperson, and Ms Teresa Devlin, chief executive of the National Board for Safeguarding Children in the Catholic Church in Ireland, advised the Bishops’ Conference on activities engaging the current work of the Board particularly in the context of the terms of Pope Francis’ Motu Proprio, Vos estis lux mundi (You are the light of the world), which he promulgated on 9 May 2019.  In addition bishops were advised of an update report on reviews of diocesan practice and procedures.

On Sunday 13 October Blessed John Henry Newman will be declared a saint by Pope Francis.  Blessed John Henry Newman is best known in Ireland as the founder of the first Catholic university in Ireland.  He served as the university’s first rector in 1858.  In his 1993 Encyclical Letter, Veritatis Splendor (The Splendour of Truth), Pope Saint John Paul II, explaining the relationship between conscience, individual freedom and the duty to adhere to objective truth, quoted Cardinal Newman and describes him as ‘an outstanding defender of the rights of conscience’.  On 19 September 2010, during his papal visit to Britain, Pope Emeritus Benedict XVI beatified Cardinal Newman in Birmingham, saying during the Mass of Beatification that he was ‘a man of gentle scholarship, deep wisdom and profound love for the Lord.’

On 11 October, Archbishop Diarmuid Martin of Dublin will deliver an address on Blessed John Henry Newman at the Pontifical Irish College in Rome.  This event is being jointly organised by college staff and the Ambassador of Ireland to the Holy See, His Excellency Derek Hannon.  Bishop Brendan Leahy will lead thirty pilgrims from Limerick to the Mass of Canonisation and Bishop Francis Duffy of Ardagh & Clonmacnois, Bishop Fintan Monahan of Killaloe and Bishop Emeritus Philip Boyce OCD of Raphoe, will also attend the Mass.  During their meeting, bishops prayed for the intercession of Blessed John Henry Newman to protect the faith and those who exercise their conscience in the service of the common good.

Bishops expressed their deep gratitude to Bishop John Kirby of Clonfert, and to Auxiliary Bishops of Dublin, Bishop Raymond Field and Bishop Éamonn Walsh, on their retirement.  Bishops acknowledged their colleagues for their distinguished service, fidelity and energy during their episcopal ministries and prayed for their intentions.

Bishop Fintan Gavin of Cork & Ross and Bishop Michael Router, Auxiliary Bishop of the Archdiocese of Armagh, were welcomed as the newest members of the Bishops’ Conference.

Prayers of support were offered for Bishop-elect Michael Duignan who will be ordained as Bishop of Clonfert on 13 October in Saint Brendan’s Cathedral, Loughrea, Co Galway.

Bishops prayed for the happy repose of the soul of Bishop Séamus Hegarty, Bishop Emeritus of Derry and former Bishop of Raphoe, who passed into eternal life on 20 September. 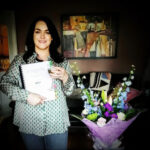 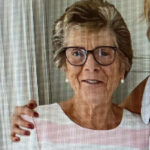