The screen time facility on my mobile phone and tablet offers me a detailed analysis of the time I’ve spent on my favorite apps, on social media, browsing the internet, and working on speeches like this one.  It tells me whether my total screen time is up, or down, on last week – which invariably leads to feelings of either guilt or self-congratulation.  For Lent, I tried to go off all screens between nine at night and nine in the morning – but failed miserably!

Out at the Synod of Bishops on Youth in Rome last October we considered the massive impact of ‘screen culture’ – including not only mobiles and tablets, but also cinema, mini-series, and video gaming.  We spoke about the exploitation of young people online, about the harvesting of their data, identity theft, and scams.  However, the young people present pleaded with us that the Church should not just stand outside the digital world, looking in with disapproval.  The Church should also recognize that Digital Technology, and especially Social Media, is now a permanent part of the life and identity of the majority of young people, and increasingly so, of all of us.  The distinction between the “online” and “offline” world is becoming more and more nebulous.

Nearly sixty years ago in 1963, the decree Inter Mirifica (Amongst the Wonderful) on the media of social communications, was published by the Second Vatican Council to set a positive tone for the Church’s interaction with new media – here are its opening paragraphs:

“1. Among the wonderful technological discoveries … made with God’s help, the Church welcomes and promotes with special interest those which …. have uncovered new avenues of communicating most readily news, views and teachings of every sort. The most important of these inventions … can, of their very nature, reach and influence, not only individuals, but the very masses and the whole of human society, and thus can rightly be called the media of social communication.

Today’s seminar takes place in that positive, yet inquiring spirit.  We are here to mark the message of Pope Francis for the 53rd World Communications Day which takes place this weekend on Ascension Sunday.  I begin by losing our key question, “Can we be believers in the digital world?” – “Believers”, firstly in the sense that we recognize the positive and powerful possibilities of digital media for education, exchange of information, ideals, and interests.  But “believers” also in another sense, as “believers” in God, for whom the digital world presents a vast “new continent” for meeting people, entering into dialogue with them, and opening up for them an encounter with Jesus Christ, and the challenges and the Joy of His Gospel.

Pope Francis sets out the context of his message clearly in the opening section:

“Ever since the internet first became available, the Church has always sought to promote its use in the service of the encounter between persons, and of solidarity among all. With this Message, I would like to invite you once again to reflect on the foundation and importance of our being-in-relation and to rediscover, in the vast array of challenges of the current communications context, the desire of the human person who does not want to be left isolated and alone”.

“Today’s media environment is so pervasive as to be indistinguishable from the sphere of everyday life. The Net is a resource of our time. It is a source of knowledge and relationships that were once unthinkable. … If the Internet represents an extraordinary possibility of access to knowledge, it is also true that it has proven to be one of the areas most exposed to disinformation and to the conscious and targeted distortion of facts and interpersonal relationships, which are often used to discredit”

We will have an opportunity this morning to explore four particular perspectives:

Two young people, Emma Tobin, and Oisín Walsh will describe their peer group’s experience of the digital environment; Brenda Drumm of the Catholic Communications Office will reflect on faith and evangelization in the digital space.  To help us consider some of the more difficult social media challenges, Detective Sergeant Mary McCormack will look at the challenge to society of online abuse and Darren Butler, of the Bishops’ Pastoral Response to Substance Misuse, will ask how parishes might addressing internet addiction.

Five years ago, I offered ten principles to guide the presence of believers on the “digital highways”.

With these principles in mind, I invite you to consider how we CAN be “believers” in the digital world, and, conversely, reflect on the impact which the digital world is having on Church, society, on family, on interpersonal relationships and on each of us as individual persons.

Clearly, a screen culture which massively prioritizes “image” over listening and reading, will influence the missionary endeavors of all the great world faiths whose members have been traditionally known as “People of the Book”.

The digital world also has obvious implications for our contemporary understanding and use of key concepts like love, friendship, community, gathering, solidarity with others, especially the vulnerable.

Some speak of the “ME” or “selfie”  generation, which needs instant gratification and is nurtured by the narcissism and voyeurism of social networking – the extremes of this are seen in young people constantly checking their phones for likes and friends, obsessing for hours over their profile picture, or the macabre filming and instant sharing of tragic incidents like road accidents or the aftermath of terrorist attacks.  What can believers say into this space?  How might we understand more fully the driving forces within cyberspace and witness by our example to a Christian, healthy, and wholesome presence online?

Pope Francis refers to the danger of creating “closed circuits” on the Net, with people all thinking alike and easily manipulable by powerful outside interests which can “facilitate the spread of fake news and false information, fomenting prejudice and hate”.  He cautions on the other hand against the isolation and loneliness which can pervade our internet use, and “the dangerous phenomenon of young people becoming “social hermits” who risk alienating themselves completely from society”.  How can Christians build bridges across the divides online, be reconcilers, peacemakers, comforters, instilling hope, love, faith.

I suggest that Church and society have much to evaluate and reflect on in these areas.  However, the sheer exponential speed of development of the World Wide Web, the immensity of questions raised about our identity and relationships and belonging, not to mention the huge ethical and moral questions it poses, can sometimes frighten us from even going there.  Our distinguished chairperson, Senator Joan Freeman, will share with us the work which she, Dr. Mary Aiken and others have been doing to encourage dialogue and legislation to better safeguard our children and young people online.

Before handing over to the chair to introduce our Working Groups I leave the final words again to Pope Francis from his Message for this Sunday:

We can, in this way, move from diagnosis to treatment: opening the way for dialogue, for encounter, for “smiles” and expressions of tenderness … This is the network we want, a network created not to entrap, but to liberate, to protect a communion of people who are free.  The Church herself is a network woven together by Eucharistic communion, where unity is based not on “likes”, but on the truth, on the “Amen”, by which each one clings to the Body of Christ, and welcomes others”. 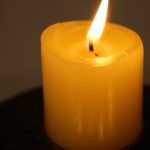 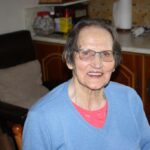 A very Happy 90th Birthday to Kathleen McKeown of Cornakill. She is wished continued good health and … END_OF_DOCUMENT_TOKEN_TO_BE_REPLACED 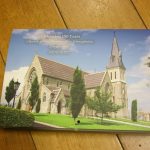 Our Jubilee 2022 Parish Calendar has just become available. Thanks to Fiona of Blossom Tree Print in … END_OF_DOCUMENT_TOKEN_TO_BE_REPLACED