Pope Francis in Ireland on RTÉ

On RTÉ One there will be live rolling coverage of the public events, including the Pope’s visit to Áras an Uachtarain, Dublin Castle, St Mary’s Pro Cathedral and the Capuchin Day Centre, on Saturday, while live coverage of The Festival of Families event on Saturday evening at Croke Park will be broadcast on RTÉ2. On Sunday, live coverage on RTÉ One and RTÉ News Now will include the Pope’s visit to Knock and the papal Mass in the Phoenix Park.

Feature programming will include Mary McAleese’s Modern Family, (RTÉ One, Wednesday 22nd August) where the former president charts changes in the Irish family since the last papal visit and concludes that there’s a lot the Catholic Church could learn from our families. A special edition of Prime Time (RTÉ One, Thursday August 23rd) will discuss the condition and future of  the Catholic Church in Ireland. Finally, The John Pauls (RTÉ One, Monday 10th September) catches up with the generation of Irish boys (and at least one girl) who were named after Pope John Paul II, after his 1979 visit.

RTÉ Nationwide will feature three special programmes during the week of the Pope’s visit as presenters Mary Kennedy and Anne Cassin visit Knock, Cork and Dublin to meet people preparing for the visit and their roles. The programmes will feature the oldest person still living in the Phoenix Park, who has memories of the visit of Pope John Paul II, as well as one of the men who designed and built the original Popemobile, plus a look back at archive footage of Pope John Paul’s historic visit in 1979.

Across RTÉ One, RTÉ News Now, RTÉ Player and RTÉ.ie there will be live coverage of the public events, including the Pope’s arrival at Dublin Airport and his visits to Áras an Uachtarain, Dublin Castle, St Mary’s Pro Cathedral and the Capuchin Day Centre.

In The Leap of Faith (RTÉ Radio 1) Michael Comyn presents a special edition of the religious magazine show, with conversation and features to give context to the World Meeting of Families and the Papal visit, plus live coverage as the Pope touches down at Dublin Airport.

On The Marian Finucane Show (RTÉ Radio 1) Marian is joined by a panel, as she offers listeners live coverage and context of the Pope’s visit, including his meetings with the President and the Taoiseach.

On RTÉ2, from 1745-2100, Mary Kennedy is joined by a panel of guests at Croke Park for The Festival of Families, while Marty Morrissey and Brenda Donohue present live coverage on RTÉ Radio 1 from 1800-2100.

As the Pope heads to the west of Ireland on Sunday there will be live coverage on RTÉ One and RTÉ News Now along with a special Morning Ireland programme co-presented live from Knock on RTÉ Radio 1 from 9am -11am by Rachel English and Gavin Jennings, with more live coverage across RTÉ One, RTÉ Radio 1, RTÉ Raidió na Gaeltachta, RTÉ News Now, RTÉ Player and RTÉ.ie.

On RTÉ Raidió na Gaeltachta, Frances Nic Géadaigh will report live from the Knock shrine, while in studio, Máirín Ní Ghadhra will host a live discussion.

Marian Finucane on RTÉ Radio 1 will be joined by a panel, as she offers listeners live coverage from Knock.

On Sunday afternoon, there will be live coverage of the papal Mass and build-up in the Phoenix Park across RTÉ One with Bryan Dobson, RTÉ Radio 1 with Joe Duffy, RTÉ Raidió na Gaeltachta, RTÉ News Now, RTÉ Player and RTÉ.ie.

After Pope Francis departs, Joe Duffy will host The Francis Effect – a Would You Believe? Special (RTÉ One, Sunday 26th August) – a live studio discussion of the likely impact of the papal visit – on Ireland, the family and the Catholic Church, here and abroad.

RTÉ will announce specific schedule details across television, radio and online in the coming weeks. 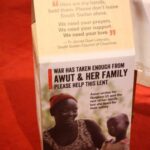 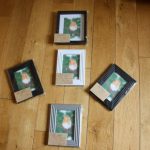