·      Five families to share their stories with Pope Francis

Families from 116 countries are set to be entertained at the WMOF2018 Festival of Families event in the presence of Pope Francis. Organisers have today released details of the programme and some of the artists who will line out in Croke Park on Saturday 25 August.

The Festival of Families is choreographed as a celebration of family life. It will be one of the highlights of the WMOF2018. The line-up announced today includes a cast of thousands and features community based artists as well as some well-known local and international artists including Nathan Carter, The Riverdance Troupe, Dana Masters, Daniel O’Donnell, The Begley Family, The Priests, The Holy Family Deaf Choir and Deaftones, Celine Byrne, Paddy Moloney, Bridgie and Missy Collins and Moya Brennan.

As well as these artists the cast for the Festival of Families will include an orchestra in excess of 50 musicians; over 700 Irish, Sean Nós and contemporary dancers, including 500 from Irish dance schools across the country; a 1,000 strong choir; 100 community groups, and 300 flag bearers. More acts will be announced closer to the event.

The selection of themes and artists featured in the event reflect many of the priorities in the ministry of Pope Francis including homelessness and those on the margins; migrants and refugees; care for our common home and the importance of the family.

The WMOF2018 has also announced Tyrone Productions as its creative partner on the event with Ruán Magan as Creative Director and David Brophy as Musical Director.

Pope Francis will deliver an address to the families in the stadium and will hear five family testimonies. The testimonies will be shared by families from Ireland, Canada, India, Iraq and Africa. The themes of the family testimonies will focus on: forgiveness in family; strength in family; hope in family life; the intergenerational nature of families today and the impact of technology on family life. Pope Francis will meet each of these families and hear their stories.

Speaking at today’s launch in Croke Park, the President and Host of WMOF2018, Archbishop Diarmuid Martin said, “One of the great attractions of Pope Francis is how he himself shows how the role of Pope can be unique in bringing the Christian message into our complex world.  He shows us that he can live in a world where faith seems marginal and yet manages to touch hearts.  He finds ways in which he can win hearts for what the teaching of Jesus involves, not through imposing and judging, but through winning and attracting.  That is his real talent.”

Also unveiled today at the launch was the stage design for the event which will include a circle of encounter space where families will sit with Pope Francis to watch some of the presentations on stage. 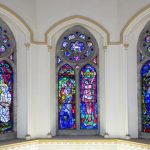 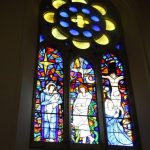 On Sunday next, December 4th, we cordially invite all our parishioners to join with us for the … END_OF_DOCUMENT_TOKEN_TO_BE_REPLACED 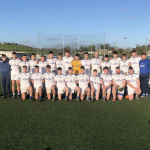 Warm congratulations to Paddy, Micheal and their u 20 squad on their wonderful win last weekend. … END_OF_DOCUMENT_TOKEN_TO_BE_REPLACED