PRO LIFE CAMPAIGN
“Farcical workings of this committee will turn out to be a gift to the pro-life cause.” –  Cullen

The Pro Life Campaign has said the Oireachtas Committee on abortion is turning more and more into a pantomime. They were responding to tonight’s vote in which the committee voted not to retain the 8th Amendment in full, second guessing the public hearings they had scheduled for the next two months.

Commenting on tonight’s vote, Dr Ruth Cullen of the Pro Life Campaign said: “The committee have issued the verdict before the evidence was even heard. From the very start this process has been a complete travesty.

“The committee has lined up more than 25 abortion advocates to present but have only invited 3 pro-life speakers. This signifies the committee’s total contempt for democracy and the protection of human life. Clearly the committee thinks tonight’s vote was another smart political stroke – voting before even hearing the evidence of the witnesses they have invited to present at taxpayers’ expense.”

Dr Cullen concluded: “When the extent of this charade sinks in with the public the workings of this committee will turn out to be a gift to the pro-life cause. In the meantime, we will continue to bring the message to the wider public that abortion is always an injustice to women and unborn babies 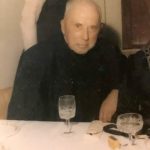 Pictured is Fr. Michael Marry at a function in Cabra Castle to mark the reopening of the Castle in … END_OF_DOCUMENT_TOKEN_TO_BE_REPLACED 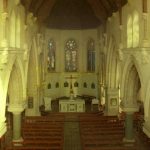 Thanks to Paul Callaghan Photography for an interior picture of the church from the 1980's. … END_OF_DOCUMENT_TOKEN_TO_BE_REPLACED 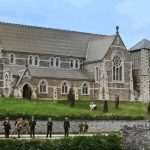