No Catholic school wishes to refuse any child. It would be contrary to their ethos to do so. Where there are sufficient spaces available, and a school has not reached capacity, it has always been the Diocesan Policy and a D.E.S. requirement that ALL applicants, regardless of religious affiliation or ethnic background should be admitted. Our Catholic Parish schools are exemplars of inclusive education.

In fact, 94% of Catholic Schools enrol EVERY pupil that applies for a place.  There are less than a hundred over-subscribed Catholic schools in the whole country (out of 3800 schools).

In Dublin, where the problem is most acute, there are 42 oversubscribed schools and of these 42 schools only 17 schools have been in the regrettable position of refusing enrolment on grounds of religious affiliation. Even in those 17 schools non-baptised applicants have been prioritised ahead of the Catholic applicants (where they have an older sibling already enrolled).

Where schools of this Diocese experience over-crowding or ‘over-subscription’, it is recommended practice that;

(2)Thereafter all those resident within the parish boundary or school catchment area are prioritised.

(3)Those applicants who are resident outside the parish boundary/catchment area.

(4)In no circumstances may schools enrol applicants who live outside the parish boundary/school catchment area while refusing a school place to any applicant from within the boundary (regardless of religious affiliation).

The Minister for Education is blaming Catholic Primary Schools for a problem caused by a lack of Government investment in school places in a small number of locations primarily in Dublin. Rather than criticising Catholic Schools the Minister should be committing additional resources to supply more school places where they are needed.

In Ireland, there are 23,000 dedicated members of Boards of Management of local schools, serving their local community in a selfless and voluntary capacity. Many such board members in our parish schools regret and reject the implicit impression given by Minister Richard Bruton in his recent contribution to a recent meeting of the Oireachtas Education Committee which would seem to infer that the Chairpersons and Boards of Management of Catholic Primary Schools are less committed to equality of access and require more regulation and oversight than the Board members in the other denominational and patronage sectors, a suggestion which is, undoubtedly, offensive to the many committed local members of our local parish schools.

The issue of over-subscription has been grossly exaggerated in certain sectors and the evidence would suggest that, where over-subscription occurs, Boards of Management deeply regret that they do not have the capacity to enrol all applicants but  nonetheless strive, at all times, to process applications in an efficient, transparent and professional manner.

The Minister’s proposals seem disproportionate and suggest an innate distrust or lack of confidence in Principals and committed board members at local level. Furthermore the proposals seem entirely contrary to the principle of subsidiarity. Schools which are over-subscribed will always have to prioritise pupils when they cannot accommodate all applicants.

The Minister’s proposals, may impact on how schools manage over-subscription and prioritise applicants but the schools will still be in the most unenviable position of refusing enrolment to some applicants. The minister’s proposals will not address the shortfall  in school places in certain areas. 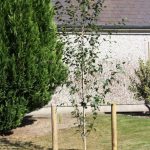 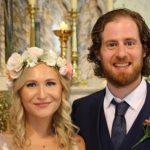 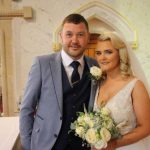