Sunday, July 19th, was a sad and poignant day in our Diocese with the deaths of three people who have given their lives to God in the service of others. Between them they gave over 150 years to active ministry, bringing different charisms to their lives of giving.

The first to die was Sr. Veronica Moore, Sister of Mercy, and native of Oldcastle who was a member of the Mercy community based in Navan, being a qualified nurse. She went to Monze Diocese in Zambia working there as a nurse and hospital administrator for several decades. On retirement she returned to Ireland but expressed the desire to explore the possibility of living the eremitical life, dedicated to a life of prayer and recollection. Following a period of discernment, in 2010, in the Cathedral, she took formal vows as a hermit, leading a quiet life of prayer and recollection. She lived close to the Cathedral in Mullingar.

Fr. John Brogan, a native of Oldcastle, died following a three year battle with terminal cancer. Many in all our communities face the same battle in these times. He was given three months to live at the time of his diagnosis but, with great courage and determination, he continued as parish priest of Kilskyre until a couple of weeks ago. He received enormous support from his parish community and from wider afield. This enabled him to continue his ministry right to the end.

Shortly afterwards Mgr. William Cleary, a native of Rathwire, died following a very short illness. Following his retirement as Parish Priest of Tullamore he took residence in Mornington and continued his priestly ministry in Laytown/Mornington parish over the past ten years. He greatly enjoyed his time beside the Irish Sea and his commitment was greatly appreciated by the people in that rapidly expanding community. Death came quickly and quietly.

While they gave so much to so many by their ministry and witness their passing leaves a deep void in the lives of their families and friends as well as in the communities in which they ministered throughout the Diocese. 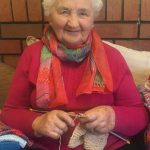 A very Happy Birthday to Kathleen Irwin of Church Street. Even in the pandemic Kathleen is busy … END_OF_DOCUMENT_TOKEN_TO_BE_REPLACED 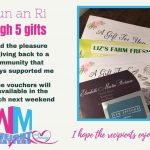 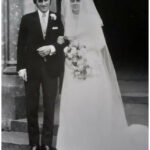