Every child deserves a mother and father where possible – and that why I will be voting “No”.

Everybody, regardless of sexual orientation, is an equal member of the human family and is entitled to equal protection before the law. Therefore, it is obvious why many people are considering voting ‘Yes’ on May 22.

Ireland, as a society, has thankfully progressed in its acceptance of gay people and this is to be embraced.

As a sports player, I too, have publicly supported this embrace when last March I stated: “As a member of the GAA and of the Gaelic Players Association, it’s all about diversity and inclusiveness. If a person, man or woman, is playing for their club or county I don’t see what their sexuality has to do with anything. It’s about a person being happy and true to themselves.” And this conviction remains true today.

I am proud to love my gay family members and my gay friends. And yet I feel strongly there is more to the marriage debate than adult equality.

For a start, this isn’t a referendum on whether we like gay people or whether they should be equal citizens according to the Constitution. They already are equal citizens. Article 40.1, which deals with equality, declares that all citizens shall be held equal before the law. We are not being asked to amend Article 40. We are instead being asked to amend Article 41, which deals with the family and with marriage.

Nor is this referendum about whether gay couples should have their relationships recognised by the State. They already do. Bar a couple of minor grey areas to be ironed out legislatively, gay couples in civil partnerships have all the rights married couples have. Civil partnership ceremonies are virtually identical to civil marriage ceremonies.

When we talk about equality we must ensure an understanding of its true meaning. Equality equates to an individual’s dignity or human worth. This dignity is based on one’s basic potential to freely grow and develop spiritually, sexually, intellectually, emotionally and physically.

Each of us possesses different types of potential (our unique sexuality, gifts, talents, etc,). With this understanding of equality, I don’t think it makes sense to say children should not be part of a debate about marriage and the family.

The reason why the Constitution recognises marriage in the first place is because of its role in connecting children with their biological parents. That’s why the Constitution describes the family based on marriage as “the natural primary fundamental unit group of society”. Children’s interests should come before all else. So if we redefine marriage and the family we are obviously going to affect children. We should be mature enough to accept this.

All legislation is derived from the Constitution and its principles. So it seems pretty clear that if we redefine marriage and the family by making marriage genderless we will be denying that there is any special value in a child having both a mother and a father. We will be denying that children have any kind of a legal right to a mother and father where possible, like when it comes to laws relating to adoption and surrogacy.

I just can’t see why anyone would want to deny that it is good, all else being equal, for a child to have a mam and a dad.

Obviously, life is complicated and filled with different circumstances. Many children grow up without either a mam or dad (or even both). But I don’t see why the State should use its adoption or surrogacy laws to deliberately leave some children motherless or fatherless. That can’t be child-centred. And it can’t be child-centred to use a law to create a child who will be deliberately deprived of the opportunity to know and be cared for by their own biological parents. But that’s the only way same-sex couples can start a family.

We have a long way to go in recognising the importance of fathers, in particular, in the lives of children. It’s a huge problem in many areas of Dublin and indeed the rest of the country: children growing up who might only have a teacher or a coach as any kind of male role model. That’s why a few years ago Barnardos launched the “Da project” to highlight the important and unique role fathers play in the lives of their children. Now Barnardos is calling for a ‘Yes’ vote in the referendum, a vote that will change the Constitution to require that some children be born fatherless so that two women married to each can start a family. If gender balance is important in politics then surely it’s important in parenting too?

It seems like every celebrity and every group in the country is calling for a ‘Yes’ vote. Even the Gardaí have been used by the ‘Yes’ campaign to support the referendum proposal. I see all the ‘Vote No’ posters being ripped down and defaced all across Dublin without anyone in politics or in the media condemning it.

I very nearly decided not to write this piece. I know I’ll be targeted for it and labeled for it. It would have been easier to keep my mouth shut and not rock the boat. But I’m sick of the accusations being flung around that if you vote ‘No’ you are homophobic. I know I’m not homophobic; my gay friends and family can attest to that. I am voting “No” because I don’t want our Constitution to deny that it is a good thing for a child to have a mother and a father.

The Universal Declaration on Human Rights proclaims that everybody is equal in dignity and it holds that marriage is a male-female union. I don’t think the Declaration of Human Rights is homophobic. I’m voting ‘No’.

This article (above) by Ger Brennan was published in The Irish Independent today. 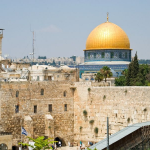 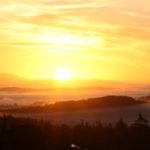 Support Numbers for any family or individual in distress this Bank Holiday Weekend: ALONE … END_OF_DOCUMENT_TOKEN_TO_BE_REPLACED 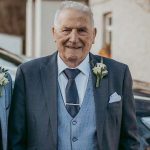 A very Happy 90th Birthday to the ever young Benny Owens. You are wished good health and many … END_OF_DOCUMENT_TOKEN_TO_BE_REPLACED