Fr Joseph Gallagher, Parish Priest of Kilcormac is appointed Parish Priest of Tullamore. He succeeds Mgr Sean Heaney who is retiring as Parish Priest but remaining as Vicar General of the Diocese of Meath. He will serve as a pastoral assistant in Tullamore, residing in the Parochial House.

Fr James Lynch, Parish Priest of Ashbourne is appointed Parish Priest of Beauparc, residing at Kentstown. He succeeds Fr Peter Farrelly who will continue to reside at Beauparc and be available to assist in the parish. Fr Patrick Coyne, Curate in Kentstown has retired.

Fr Brendan Ludlow, Education Secretary is appointed Curate in Ratoath, continuing his role with primary schools in the Diocese of Meath.

Fr Louis Illah from the Diocese of Idah, Nigeria is appointed Curate in Navan.

Fr Dwayne Gavin, Curate in Navan is enrolled in the Institut Catholique in Paris for post-graduate studies. From 1 January 2014, he will also act as Chaplain to the Irish community in Paris, residing at the Irish College.

These appointments are effective from Sunday 29 September 2013. 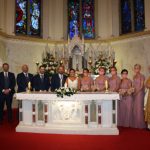 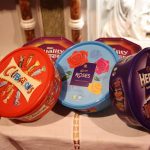 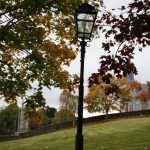 Our church and grounds look resplendent at any time of the year, but the mists and the colours of … END_OF_DOCUMENT_TOKEN_TO_BE_REPLACED