Bishop Smith was ordained a priest on 9 March 1963 by Cardinal Traglia at the Lateran Basilica, which is the Pope’s Cathedral.  He celebrated his First Mass on 10 March 1963 in the Clementine Chapel, located under the main altar at St Peter’s Basilica.  The young priest remained in Rome until December 1966.  During that time, he served with the Secretariat of the Second Vatican Council and completed a doctorate in Canon Law.

Reflecting on the occasion, Bishop Smith says the following:

On the occasion of his own 50th anniversary of his ordination as priest, Bl. John Paul II reflected at the incidents which at the time were harmless enough, that, viewed with the benefit of hindsight had a major influence on the direction his life took. He suggested those moments are present in the life of each priest, both in the journey to a vocation and in their life as a priest.

These words of Bl. John Paul caused me to reflect on my own experience. Three in particular come to mind that had a profound effect on my life and the direction it took, even if at the time they did not seem to be of such import.

One of those moments occurred when I returned, after Christmas, to St. Finian’s College in my leaving certificate year. The President – a first cousin of my mother’s as it happened – had obviously heard I had spent a couple of days with a missionary society over the Christmas. He called me over one day and asked if I was still thinking of priesthood. I told him I was. All he said was ‘we are sending you to Rome’. End of pondering! He didn’t ask if I wanted to go but I accepted his decision.

Another such moment occurred during my theology studies, when the Rector in the College asked me one day if I would be willing to be involved in the Secretariat of the upcoming Vatican Council with responsibility for compiling the full record of its proceedings, joining a group drawn from the Colleges in the city. Since I had a great interest in Church history and had actually written a long article for a journal on the involvement of the Irish Bishops at the First Vatican Council in 1870 I was more than happy to be involved. It didn’t realise of course at this stage what an influence such involvement would have on my own life, never mind the life of the Church.

The third moment occurred one morning towards the end of the Council. I was sitting with Bishop John Kyne, then Bishop of Meath. He said simply ‘they are looking for you’. I wasn’t in trouble with the police or anyone! At that time the Holy See was looking for non-Italians to be involved in its work, especially in it diplomatic work. I knew what he meant and he said ‘what would you like to do’? At my ordination a couple of years previously I have taken a vow, an integral part of all ordination ceremonies, to give full obedience to my Bishop. I replied saying that I would do whatever he asked me to do. He said ‘I would like you to come home when you finish your degree’. I was more than happy to do so, little realising at that time that this simple conversation and the decision made would shape the rest of my life.

Perhaps one can view them as nudges of Providence. Whatever they were these three moments shaped and directed my life in the path it took. While some of the stages on that path were not of my own choosing – especially appointment as bishop – one has to be conscious of those words addressed by Jesus to His disciples: ‘you did not chose Me, no I chose you and I commissioned you to out and bear fruit, fruit that will last’. These words are echoed in words found in the letter to the Hebrews ‘ no one take this honour on himself, but is called by God, just as Aaron was’. There is a divine mystery at the heart of every vocation to priesthood, even if difficult to penetrate. It is easy to apply this to others, less easy to apply it to oneself.

The full text for this article is available on the Diocese of Meath website : http://www.dioceseofmeath.ie/ 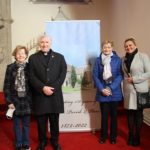 Our parish was delighted to welcome Fr. Seamus Houlihan as the guest celebrant and preacher on the … END_OF_DOCUMENT_TOKEN_TO_BE_REPLACED 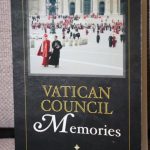 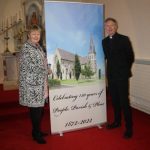 A very sincere word of thanks to Fr. Paul for leading us on the first day of our triduum in honour … END_OF_DOCUMENT_TOKEN_TO_BE_REPLACED