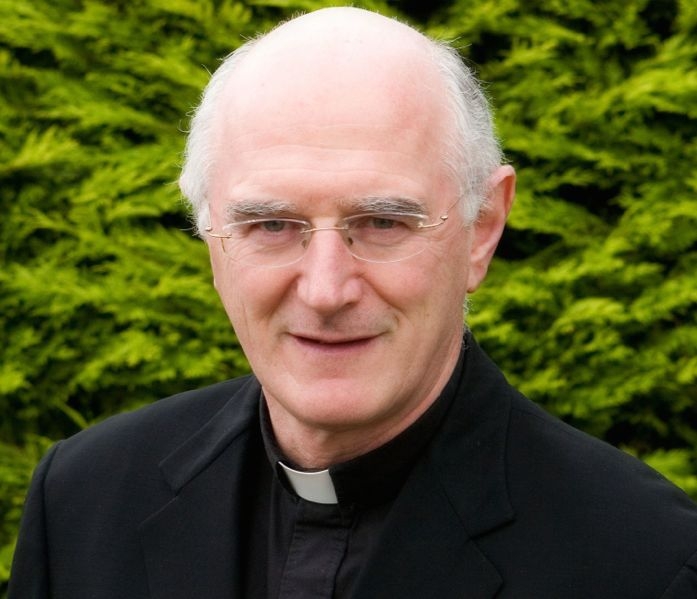 I warmly welcome the announcement today that Pope Francis has appointed Monsignor Dermot Farrell, Vicar General and Parish Priest of Dunboyne, as Bishop of Ossory.

Since his ordination in 1980, Monsignor Farrell has served the Diocese of Meath with exemplary dedication, pastoral zeal and an immense capacity for work.  His ministry in the Cathedral parish of Mullingar, Tullamore and Dunboyne has been characterised by fidelity, energy and commitment. Following his arrival in Dunboyne and Kilbride as Parish Priest in 2007, Monsignor Farrell initiated new pastoral programmes and renewed the parish churches and schools in one of the largest and most rapidly developing parishes in the Diocese of Meath.  He brought to the role of Vicar General his particular ability to discern calmly and clearly.  He has been a great support to me personally and a well-respected brother to our priests.

Monsignor Farrell’s comprehensive pastoral and administrative experience has prepared him well for Episcopal ministry in the Diocese of Ossory.  He has already contributed significantly to the wider life of the Church in Ireland.  During twenty years of involvement in Maynooth, he served first as a lecturer in Moral Theology, followed by a term as Vice-President and then eleven years as President.  This coincided with considerable development on the Maynooth campus involving both the National University and the Pontifical University.  In these responsibilities, Monsignor Farrell displayed competence and balanced judgment at a time when many challenging decisions had to be made.  I have no doubt that the Episcopal Conference will benefit from his wisdom and insights.

On behalf of the priests and people of the Diocese of Meath, I wish Monsignor Farrell every blessing as he prepares for his new role and I assure him of our prayers and support.

Monsignor Dermot Farrell was born in 1954 in the parish of Castletown-Geoghegan, Co Westmeath.  After completing the Leaving Certificate at Saint Finian’s College, Mullingar he commenced an eight year period of seminary formation at Saint Patrick’s College, Maynooth which included degrees in science and theology.  He was ordained a priest for the Diocese of Meath by Bishop John McCormack in 1980.  He was awarded a Licentiate in Theology at Maynooth in 1981 and he served for the next four years as a curate in Mullingar.

Monsignor Farrell completed a Doctorate in Dogmatic Theology at the Gregorian University, Rome over a three year period and at the same time served as Dean of Studies at the Pontifical Irish College.

He returned to the Diocese of Meath in 1988 and was assigned to the Parish of Tullamore, in addition to his work as a part-time lecturer at Maynooth.  He was appointed Vice President of Saint Patrick’s College, Maynooth in 1993 and President of the College in 1996.  Having held that position for  almost 11 years, he was appointed Parish Priest of Dunboyne in September 2007 and Vicar General of the Diocese of Meath in 2009.

The Diocese of Ossory consists of County Kilkenny and portions of counties Laois and Offaly.  The Catholic population of Ossory is 84,729.  There are 42 parishes in the diocese and 89 churches.  There are 58 priests active in the diocese and 15 others.  The patron saint of the Diocese of Ossory is Saint Kieran.  The retired bishops of Ossory are Bishop Laurence Forristal (September 2007) and Bishop Seamus Freeman SAC (due to ill health, July 2016).